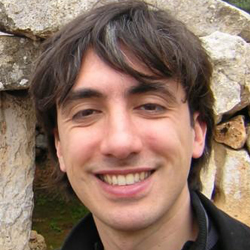 Herran’s main area of interest is the history of physical sciences in the 20th century, with particular interest in the history of radioactivity and nuclear technology. He has participated in several research projects, the most recent being the coordination of the UPMC team of the ERC project The Earth Under Surveillance: Climate Change, Geophysics and the Cold War Legacy, in which he participated by studying the history of transnational radiological monitoring.

Néstor Herran, 2014, “Unscare and Conceal: The United Nations Scientific Committee on the Effects of Atomic Radiation and the Origin of International Radiation Monitoring. In: Simone Turchetti and Peder Roberts (eds.) The Surveillance Imperative: Geosciences during the Cold War and Beyond. London: Palgrave, p. 69-84.
Néstor Herran (with Simone Turchetti & Soraya Boudia), 2012, Have we ever been transnational? Towards a history of science across and beyond borders”. British Journal for the History of Science 45(3): 319–336.
Néstor Herran, 2009, “Isotope Networks: Training, Sales and Publications on isotopes, 1946-1960”. Dynamis 29: 285-306.
Néstor Herran, 2006, “Spreading Nucleonics: the Isotope School at the Atomic Energy Research Establishment, 1951-1967”, British Journal of the History of Science 39(4): 569–586.